I love credit cards so much! v2.0 (see first page for add'l details)

Status
Not open for further replies.

With all the strength of a raging fire

miztressuz said:
Perk up, VGC at Staples acceptable? No fee next week.

GlamMistress said:
Canceling cards by SM on Chase still definitely works. I sent a message last night, requesting to close my United Mileageplus card (had it since 2013). By this morning, it was closed. Easy peasy. Another annual fee gone.
Click to expand...

I think canceling always worked, you cannot PC without calling in.

That's what I've been telling him..... instead I booked a cruise to somewhere new that he's never been...which he complained about also. Until I told him I'm going no matter what,and I can think of 20 people that would be thrilled to take his place lol. Then he stopped complaining. I honestly travel less than my personal inclination b/c he just isn't a big traveler. And every once in a while I do go with others instead....

BamaBoy said:
Tell me your strategy for getting the CP with two biz cards? Will Chase let you get both? I applied for this card today also. Thanks!
Click to expand...

I definitely second @SouthFayetteFan 's suggestion to read his fireside chat on getting the CP. Best way to find it (for me anyway) is to search this thread for "fireside chat." You'll find a link to the writeup in a post by @SouthFayetteFan from Sept. 16. It's very detailed and helpful. Make sure you are watching your application pacing.

palhockeymomof2 said:
I have looked at the BW charts since we own there...it looks to me like the reallocated between times of year...increasing the number of points for all room types during “fall frenzy”...and decreased the points across all room types during the summer....it’s not the same type of reallocation they did prior that the DVC boards lost their minds over
From what I read there yesterday morning, most expected this type of reallocation and unless it negatively affected(like the one years ago moving points from weekends to weekdays) them feel it’s appropriate.

For us our October trip will cost more points, while May will be less
Click to expand...

At least yours decreased in one of your seasons.
I dragged out my original paperwork and I feel okay better now. The points for a week in January have dropped 9 points from 2000. February is back to 2000 numbers and November is only going up 3 points from the 2000 numbers. So overall I'm in a 'win' situation.

I really don't think they needed to play with any of these numbers. There's no need. Busy work by basically newer people stirring the pot. And we are paying them to do it.

Lain said:
Approved for the Hilton Aspire. No pop up!

I'm slightly regretting not jumping on the no-AF link a few weeks ago, but I won't dwell on it. I didn't need to be poking the RAT. I also didn't have Hilton plans in 2020, and now I do. This card pays for itself and then some.
Click to expand...

I want the card, but I got the popup when the good link was out. Now, I have other priorities - get under 5/24 and get a CIP and/or CIC.

elgerber said:
I am a BWV owner too, and I haven't looked either. I don't have a normal week that we go, so can't really say if it's an issue or not. I am really not worried about it.
Click to expand...

We don't either. Usual times but not exactly the same. We just had a major change in both of our jobs and hubby might have jury duty this winter. He put in a postponement from when he was supposed to go in November, so we have no idea when or if he will be called again.
We are thinking of banking the rest of our points for this UY and not going until March 2021 - which makes me sad.

So this email came from Chase just now:

mechteach1 said:
Okay, I'm just going to stand up for Houston here, since I've lived there three times in my life! When you are coming through on the highways, it's easy to just see the concrete, but there are very few places where a highway or convention center area will give you a true view of a city.

Houston has a range of large parks throughout the city, including Hermann Park and Buffalo Bayou; an amazing restaurant scene, both on the high end and the low end; world-class opera, symphony, and theatre options; a huge range of museums; a constant parade of shows from top performers; and excellent basketball and baseball teams (as well as pretty good football and soccer teams). It is one of the most culturally diverse cities in the United States, which also enriches all of the above. There are three official languages in the Houston Independent School District. You can probably guess two of them - English and Spanish. But can you guess the third? It is Vietnamese.

In case anyone has the AO for Verizon Spend $500, get $100 back. I successfully used it for AirPod Pros and paired it with the eBates shopping portal for 5%. For DH will now be getting DS hand-me-Downs while DS gets an upgrade

Wait it does? I thought it was based on when you got the card so you only received one a year? Unlike the airline credit that is yearly.

punkin said:
I need some handholding re: SW spend. My statement closes 12/15. Can I finish my MSR 12/16 and my southwest points won't post until my January 15th statement is paid off?
Click to expand...

I would be very careful about this. I can't remember where the DPs were (either on reddit or flyer talk), but I seem to recall some strange DPs that points were posted to Southwest accounts for some people before the next bill. I wouldn't mess around and I'd do almost all the spend before the end of the year, and then wait until after January 1st to hit the last part. Maybe someone else remembers where I read these CP horror stories?
P

CaliforniaGirl09 said:
I would be very careful about this. I can't remember where the DPs were (either on reddit or flyer talk), but I seem to recall some strange DPs that points were posted to Southwest accounts for some people before the next bill. I wouldn't mess around and I'd do almost all the spend before the end of the year, and then wait until after January 1st to hit the last part. Maybe someone else remembers where I read these CP horror stories?
Click to expand...

This is exactly my fear.

Alexle2007 said:
Wait it does? I thought it was based on when you got the card so you only received one a year? Unlike the airline credit that is yearly.
Click to expand...

thats my understanding too. Resort credit is based on card anniversary not calendar year.

Someone else mentioned total credit limit, but he's fine there, too (although I didn't even know that was A Thing). Maybe it is too many cards in too short a time? I'll have him call. It just takes a lot of coaching, LOL! Thanks!
Click to expand...

Just to double check, this is all his activity, not just for Chase? Because Chase will count everything on your personal credit report (including store cards if they report), not just Chase cards.

With all the strength of a raging fire

Why would my package go from “out for delivery” to being sent back to the post office? How nice of them. Don’t they know I’m going to Orlando in 3 hours and will be gone tomorrow so I need it today?
M

wanderlust7 said:
Just to double check, this is all his activity, not just for Chase? Because Chase will count everything on your personal credit report (including store cards if they report), not just Chase cards.
Click to expand...

Yep, that's it. He has no activity that isn't directed by me. At any rate, I'll have him call. Thanks for your help!

If you find the hotel you want to stay at and book it, I would ask them to do a pre-payment for your stay asap. That way you'll be assured the credit for this year. Then when you get the bill upon check-out (in 2020), you'll get another $250.00. Be sure that you chose a qualifying resort. Let us know what you book!

punkin said:
This is exactly my fear.
Click to expand...

If you don't have a flight planned in January/early in the year, I wouldn't chance it. Here is the big thread from reddit from last year. It wasn't what I was thinking of, but it has some great info: https://www.reddit.com/r/churning/comments/9h4yc0
Edited to add: I don't know why it posted like this rather than a link. If someone knows what I need to edit out of the link, let me know.

Status
Not open for further replies. 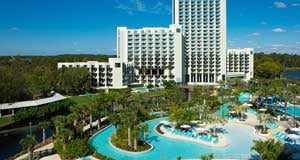 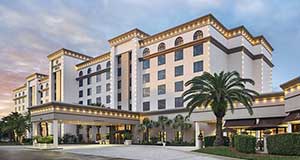